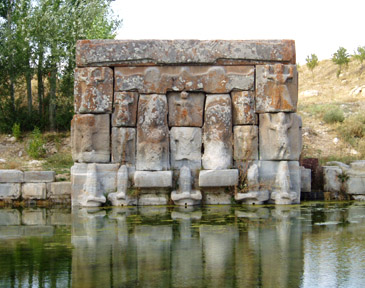 The greatest milestone in human development that ushered in CIVILIZATION was Man's discovery of crop farming and animal husbandry.  In the presence of an ample food and water supply, large camps eventually evolved into the first cities of the world.  These complex societies flourished in the presence of stable resources.  The luxury of not being preoccupied with food provision gave humans the freedom to pursue great feats of ingenuity and craftsmanship.

The second most profound human accomplishment was the discovery of metal ore smelting and making objects out of metal instead of stone.  Not only did this usher in a whole new age of technological advancement, it brought a completely new medium to the craftsman to create objects never before dreamed of.  It also allowed Man to craft tools and weapons in size and purpose that were previously impossible with stone or organic resources.  This made everyday life easier when it came to improvements in tools but it also made life much more dangerous with the advent of the use of metal in weaponry.  Axes, maces, swords, daggers, hammers, arrowheads and spearheads were some of the many deadly new discoveries in metal.  The use of metal also allowed very sharp edges to be retained and easily sharpened compared to stone.  With the advent of metal came the advent of WAR.

The first metal used was copper in certain world regions of civilization.  Other regions went right to using bronze but at a later time.  Southeast Europe along with Western and Central Asia were the first regions using copper dating back to the 4th millennium BC.  This early period of transition from using stone implements (NEOLITHIC PERIOD) to using metal is called the CHALCOLITHIC PERIOD (also known as COPPER AGE or ENEOLITHIC PERIOD).  Many ancient societies went from the Neolithic Period to the Bronze Age.  Some went from the Neolithic Period right to the Iron Age, such as in Sub-Saharan Africa.  The predominant metal ages that follow the use of copper are the BRONZE AGE and the IRON AGE.

The majority of ancient societies started their metal use in the BRONZE AGE.  This can be identified with the discovery of smelting copper with tin to make a harder metal that is harder than copper, will hold its edge better and appear more gold in color than copper.  The Bronze Age varies in dating, relative to different geographical regions of the globe.  Universally speaking, the Bronze Age ranges from the 4th millennium BC to the 1st millennium BC.  It is during the Bronze Age that metalworking becomes most advanced.  Ancient craftsmanship in coinage, jewelry, weapons, armor and art objects still astound modern artisans today in technique and execution of designs, baffling many on just how such work was accomplished in primitive workshops.