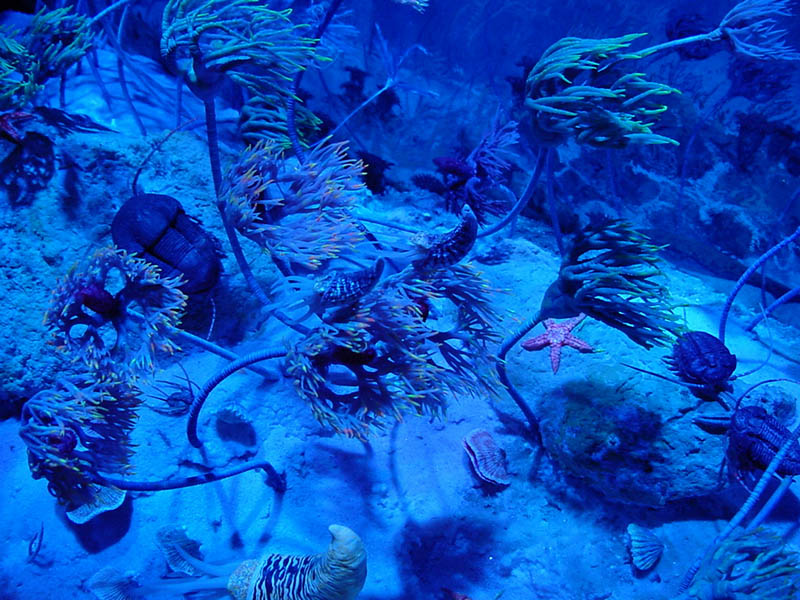 Crinoids are known as feather stars or sea lilies and are echinoderms.  They are alive today in the oceans but were more prevalent in colonies in prehistory.  They live in shallow water but have also been found in extreme deep sea environments.

Crinoids resemble a flower with tentacles.  They are filter feeders and have feather-like appendages that strain food particles from the ocean currents.  Some live as floating organisms but most are attached to the ocean floor by the means of a segmented stem.  Most crinoid sea lily fossils are found scattered in beds of numerous fragments but they also can be found in articulated forms as they once were when alive.  The earliest fossil crinoids date back to the Ordovician Period.

Crinoids are composed of three basic components - the arms, the calyx and the stem.  The calyx is the body and contains the digestive and reproductive parts.  The tentacles contain feathery appendages called cirri which moved the captured food particles down towards the calyx and into the mouth.