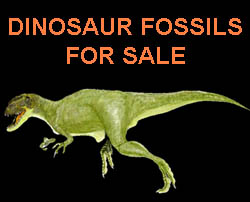 First  emerging in the Triassic Period 230 million years ago, dinosaurs went on to rule the Earth for 135 million years by the time the Jurassic Period arrived, until their demise at the end of the Cretaceous Period.  They were an extremely diverse group of vertebrates that gave rise to enormous size beasts.  Their success allowed them to thrive throughout our planet and today, we can find their fossil remains on every continent.  Recent scientific discoveries have shed new light and understanding of dinosaurs.  Theories such a being warm-blooded instead of cold-blooded, and having feathers with an ancestral link to modern birds, has offered us a new perspective of these amazing extinct creatures.

Dinosaurs are classified as ARCHOSAURS which include modern birds, modern and extinct crocodilians, and extinct pterosaurs.  To differentiate them further, dinosaurs are described based on the way they stand and walk.  The legs of a dinosaur are close to and beneath their body whereas, lizards and crocodilians project out to either side.  Dinosaurs are further divided into groups based on their pelvic structure.  The two primary groups are SAURISCHIA and ORNITHISCIA.  Early saurischians are termed "lizard-hipped".  Included in this group are birds and theropods like dromaeosaurs and tyrannosaurs, for example.  The ornithischians, also called "bird-hipped", have a pelvis that resembles a bird's but modern birds are not in this category... yes, confusing.  This is a term that pre-dates the more recent theory that dinosaurs evolved from birds hence the terms that are not matched to the meaning.  Included in ornithischia are primarily herbivores such as the horned dinosaurs (Triceratops), the armored dinosaurs (ankylosaurs) and the duck-billed dinosaurs (hadrosaurs).

Many prehistoric animal groups are popularly conceived of as dinosaurs, such as ichthyosaurs, mosasaurs, plesiosaurs, pterosaurs, and pelycosaurs (especially Dimetrodon), but are not classified scientifically as dinosaurs, and none had the erect hind limb posture characteristic of true dinosaurs.  Dinosaurs were the dominant terrestrial vertebrates of the Mesozoic, especially the Jurassic and Cretaceous periods. Other groups of animals were restricted in size and niches; mammals, for example, rarely exceeded the size of a domestic cat, and were generally rodent-sized carnivores of small prey.

All non-avian dinosaurs, estimated to have been 628-1078 species, as well as many groups of birds suddenly became extinct approximately 66 million years ago.  It has been suggested that because small mammals, squamata and birds occupied the ecological niches suited for small body size, non-avian dinosaurs never evolved a diverse fauna of small-bodied species, which led to their downfall when large-bodied terrestrial tetrapods were hit by the mass extinction event.  Many other groups of animals also became extinct at this time, including ammonites (nautilus-like mollusks), mosasaurs, plesiosaurs, pterosaurs, and many groups of mammals.  Significantly, the insects suffered no discernible population loss, which left them available as food for other survivors.  This mass extinction is known as the Cretaceous–Paleogene extinction event.  The nature of the event that caused this mass extinction has been extensively studied since the 1970s; at present, several related theories are supported by paleontologists.  Though the consensus is that an impact event was the primary cause of dinosaur extinction, some scientists cite other possible causes, or support the idea that a confluence of several factors was responsible for the sudden disappearance of dinosaurs from the fossil record.

Public enthusiasm for dinosaurs first developed in Victorian England, where in 1854, three decades after the first scientific descriptions of dinosaur remains, a menagerie of lifelike dinosaur sculptures were unveiled in London's Crystal Palace Park.  The Crystal Palace dinosaurs proved so popular that a strong market in smaller replicas soon developed.  In subsequent decades, dinosaur exhibits opened at parks and museums around the world, ensuring that successive generations would be introduced to the animals in an immersive and exciting way.  Dinosaurs' enduring popularity, in its turn, has resulted in significant public funding for dinosaur science, and has frequently spurred new discoveries.  In the United States, for example, the competition between museums for public attention led directly to the Bone Wars of the 1880s and 1890s, during which a pair of feuding paleontologists made enormous scientific contributions.

All fine quality dinosaur (and other) fossils are far more rare and fewer in number than any precious world commodity.  As the deposits and producing regions near depletion, prices will be run up to unattainable levels.  We personally believe we will live to see that day in our lifetime with respect to certain types, species and regions.  The rate that dinosaur fossils are now dug and made available for sale cannot keep up with the global demand and many world sources are increasingly passing legislation to stop their export.  This in of itself, will SUBSTANTIALLY curb the available supply of dinosaur fossils on the market.  Each year, more and more collectors demand a piece of dinosaur history and this demand increases EXPONENTIALLY.  No investment can have a brighter future than that of a fine quality dinosaur fossil or any other fine and rare fossil, for that matter!

It is a true opportunity to be able to own actual dinosaur fossils such as the authentic dinosaur teeth, claws and bones we offer for sale.  Collecting dinosaur fossils has been a favorite past-time for many decades but the Jurassic Park films are what brought dinosaurs and dinosaur fossils instantly into the spotlight of mainstream collectors.  Since that time, everyone seems to want an actual, authentic fossil.  All of us will probably look back in our lifetime and reminisce about the moments we could find some amazing dinosaur fossils for sale and reasonably afford.  This is changing as the finite supply of dinosaur fossils decreases.  Right now as we speak, gemstones, rare minerals and precious metals are being formed by the earth's constant geologic processes.  Even as rare and expensive as they are, the earth never ceases creating new deposits of these valuable and highly sought after resources.  On the contrary, dinosaurs are DONE.  There will NEVER be anymore.  Once a formation or deposit has been exhausted, once a layer in the geologic timeline is penetrated, those fossils cannot be found elsewhere and they never will form again.  - text and images copyright protected