Dredged years ago from the Maas River, this is a rare fossil neck vertebrae called an AXIS vertebra.  In the spinal column, there is only one of these vertebra just behind and supporting the skull.  It is from an extinct Aurochs (Bos primigenius / taurus) dating to the last Ice Age.  The robust anatomy attests to the massive weight of this animal's head that these vertebrae supported.  The color and stunning preservation is a result of the protective gravel bed burial in which it was dredged.  Along with this fossil, many other Ice Age megafauna fossils were found in the same location including Mammoth, Rhino, Megaloceros and Aurochs.  Numerous Acheulian dated prehistoric human stone tools were also collected in the same gravel layers.  Only a small portion of the transverse processes is missing.  NO REPAIR and NO RESTORATION.

This would make a phenomenal display fossil laying alongside European primitive hunting weapons of prehistoric man!  Neanderthals and Cro-Magnon humans lived alongside the Aurochs which played a vital role for resources in human survival during the last Ice Age.  In Europe, the Aurochs were hunted and revered by prehistoric humans with many cave painting sites featuring these magnificent beasts. 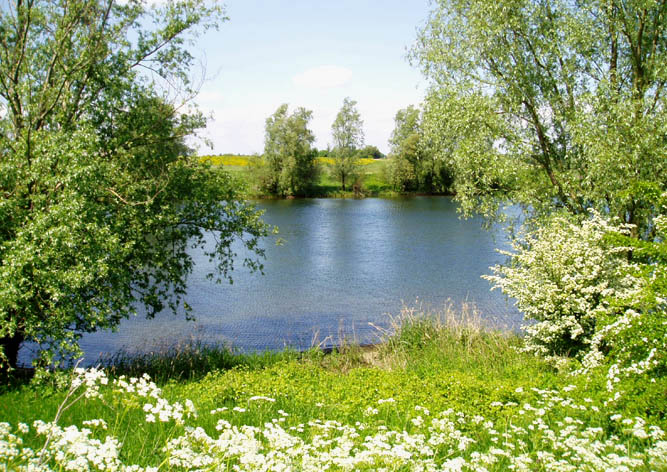 Maas River site in Holland where this fossil was dredged and collected - copyright Paleo Direct, Inc.