The history of Thracian warfare spans from the 10th century BC up to the 1st century AD in the region defined by Ancient Greek and Latin historians as Thrace. It concerns the armed conflicts of the Thracian tribes and their kingdoms in the Balkans. Apart from conflicts between Thracians and neighboring nations and tribes, numerous wars were recorded among Thracian tribes.

In the ancient world, the axe was a feared and effective close combat weapon and its use by the ancient Thracians was no exception. This is a lugged iron adze axe found in the Balkan region and attributed to the ancient Thracian tribes.  (see scientific paper diagram reference below for similar examples).  It features two protruding lugs on either side towards the back end, that would assisted in hafting it to a wooden handle.  The thin sharp blade would have been effective in both, wood-working tasks as well as being an effective armor-piercing weapon in close combat.  Genuine weapons from ancient Thrace are extremely rare and seldom available for sale.

Unlike most metal artifacts sold on the market that are untreated and uncleaned, our specimens our properly cleaned, inspected and conserved in our museum conservation lab prior to being offered for sale to our clients.  If ancient metal is NOT treated and stabilized correctly, IT WILL CONTINUE TO DISINTEGRATE AND CORRODE, AND COULD EVENTUALLY FALL APART.

Thracians were regarded as warlike, ferocious, and savagely bloodthirsty. Thracians were seen as "Barbarians" by other peoples, namely the Greeks and the Romans. Plato in his Republic considers them, along with the Scythians, extravagant and high spirited; and in his Laws considers them a war-like nation, grouping them with Celts, Persians, Scythians, Iberians and Carthaginians. Tacitus in his Annals writes of them being wild, savage and impatient, disobedient even to their own kings. The Thracians struck their weapons against each other before battle and engaged in night attacks. Diegylis was considered one of the most bloodthirsty chieftains by Diodorus Siculus.

The Dii Thracian tribe was responsible for the worst atrocities of the Peloponnesian war killing every living thing, including children and dogs, in Tanagra and Mycalessos. Thracians would impale Roman heads on their spears and Rhomphaias swords such as in the Kallinikos skirmish in 171 BC. Herodotus writes that "they sell their children and let their daughters commerce with whatever men they please".

The Thracians fought as peltasts using javelins and crescent or round wicker shields called peltes. Missile weapons were favored but close combat weaponry was carried by the Thracians as well. These close combat weapons varied from the dreaded rhomphaia to clubs used to knock the heads off the spears, one- and two-sided axes, bows, knives, spears, akinakes and long swords. Thracians shunned armor and greaves and fought as light as possible, favoring mobility above all other traits and had excellent horsemen. The sica (curved knife / sword) was considered their national weapon. Thracians decorated their bodies with tattoos like the Illyrians and the Dacians.

In the Classical Period, Thracian javelin infantry would wield a crescent wicker shield and a couple of javelins. This troop type was to persist into the classic and Hellenistic era. In the 4th century BC, both infantry and cavalry troops started wearing helmets (some of leather) and some peltasts are seen with greaves. Principal weapons in the 4th century BC (as well as earlier) were the spear and short knife. Armor, when it was available (for the nobility), was at first leather or bronze but iron armor started appearing in the 4th century BC.

In the Hellenistic Period, a Thracian footman (3rd century BC - 1st century BC) could wield a knife or sword, Rhomphaia, a helmet, two javelins and a light oval wooden shield (or a heavier iron-rimmed and spined thureos). Thracians used mixed Thracian and Greek equipment and armors from different time periods, to the point of wearing armors that ceased to be used elsewhere; this is something they did even in the classic era. Later they adopted Roman armaments. 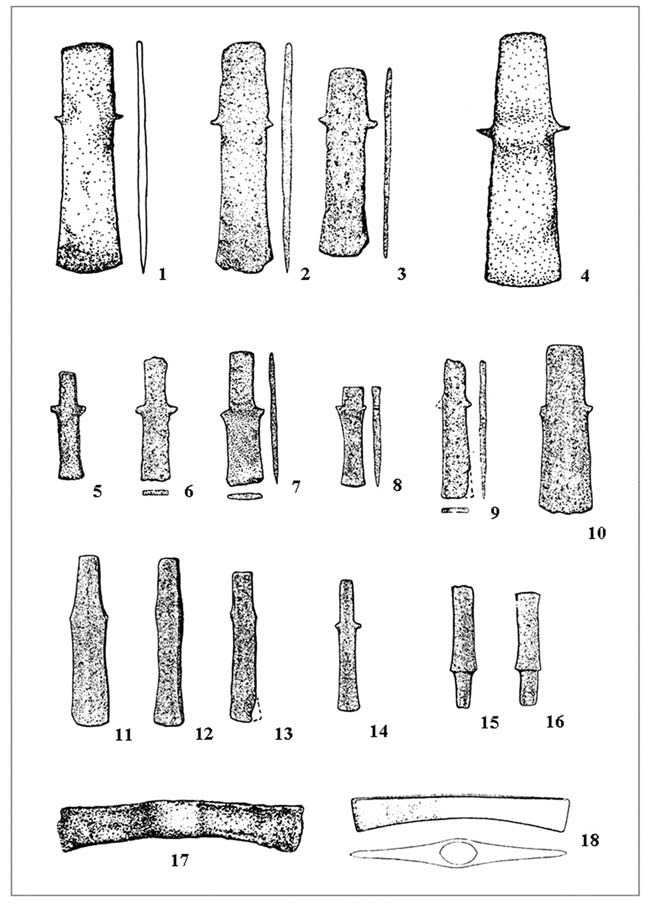