Fossil teeth from the North American Columbian Mammoth, Mammuthus columbi, are extremely rare in the market.  Polished slices are common but a whole molar tooth like this, is RARE!  Infinitely more scarce than teeth from the Woolly Mammoth, Columbian Mammoth teeth are a prized addition to a collection of North American mammoth fossils.  This is a unique opportunity to acquire a fine specimen and the only one we have had to offer in more years than we can remember.

This rare lower molar of a Columbian Mammoth, is of a charcoal black and blue-gray color as a result of the unique chemistry in the river bottom from which it was found.  The tooth was just emerging from the back of the jaw when this mammoth died with it in its mouth.  The most posterior portion is missing but otherwise, this tooth is complete with full chewing surface intact.  Minor single fracture repair did not require any fabrication and the entire tooth you see is completely genuine and original.  Underside root detail of the plate structures, can be seen.  This is not a spit tooth and the mammoth died with this tooth in its jaw.  Entire tooth is extremely solid and heavily mineralized of substantial weight.

Perfect to exhibit with  Primitive Man tools and artifacts since these beasts played such an important part in so many ways of the lives of prehistoric humans in North America.  Columbian Mammoth fossils are far more scarce than European Woolly Mammoth fossils. 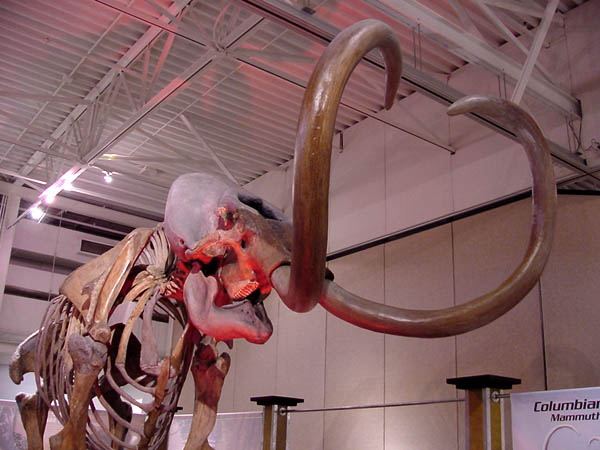