In the last 20 years of offering ancient Roman military antiquities, this has been the ONLY time we have had the pleasure of making an actual pennant lance head available for sale.  While ordinary lance spearheads were not rare, ones that flew pennant flags bearing the colors of the Roman military and Christian symbols, ARE RARE!  This is a superb example with BOTH intact pennant attachment holes at the base of the blade head.  It would have been proudly carried by a FRONT LINE lancer cavalry soldier of the Roman Byzantine military during a cavalry charge!  While many ancient weapons must have some amazing stories to tell, a weapon that was specifically designed to represent the military and lead a cavalry charge, most certainly would have led a most impressive life!  Intact and complete with full hollow socket that would have fit on a wooden pole.

This item was used by the Byzantine Roman armies defending the Empire's northern border along the Danube River in the present day East Balkans.  This region was the northern-most boundary of the Roman Empire for most of its duration and evolution into Byzantium right up until 1336 AD when the area fell under Ottoman rule.  In the Balkans, Roman camps and fortresses along the Danube were constantly being challenged by opposing tribes and armies.  The river served as a natural barrier against attacks from the north.  Collected from a region that was once occupied by the Byzantine Roman military as they fought against the challengers of the Christian Roman Empire, they were utilized by Roman soldiers in one of the many violent and frequent battles that took place in defense of Byzantium.

Unlike most metal artifacts sold on the market that are untreated and uncleaned, our specimens our properly cleaned, inspected and conserved in our museum conservation lab prior to being offered for sale to our clients.  Every piece we offer is cleaned, stabilized and treated in our facility.  If it were not treated properly, it likely would deteriorate into further corrosion and possibly disintegrate into pieces.  All our artifacts are guaranteed for life to not further corrode in normal storage environments.  The vast majority of sellers of metal artifacts do NOT PROPERLY clean and treat their specimens and many do nothing at all.  If those artifacts are NOT treated and stabilized correctly, THEY WILL CONTINUE TO DISINTEGRATE AND CORRODE AND COULD EVENTUALLY FALL APART INTO PIECES. 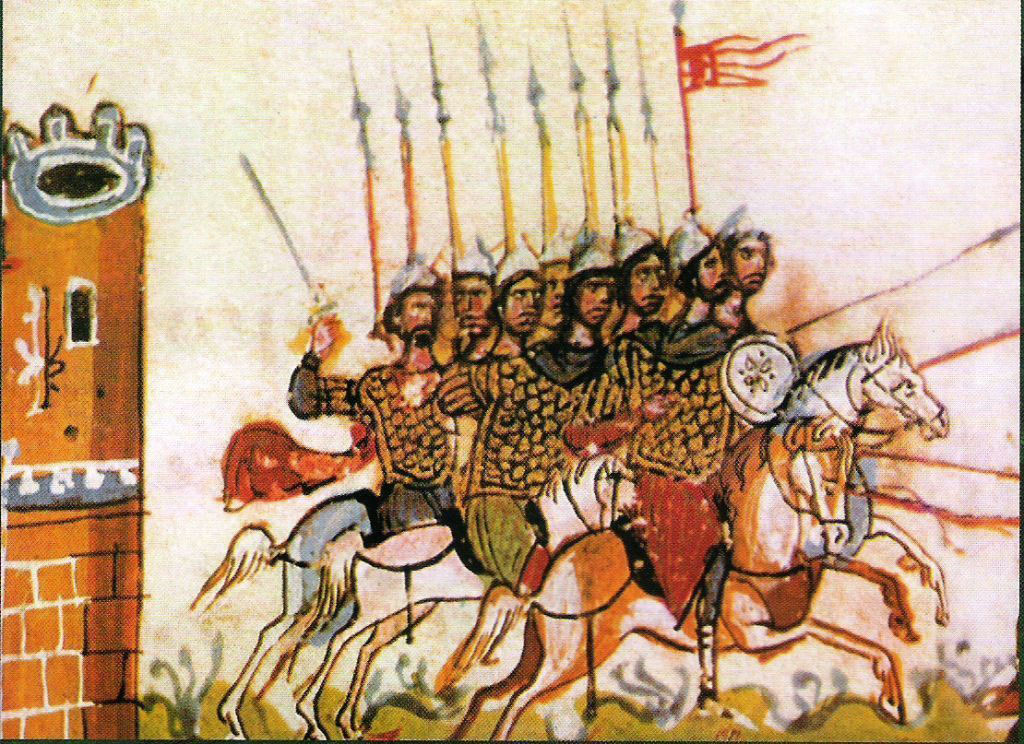 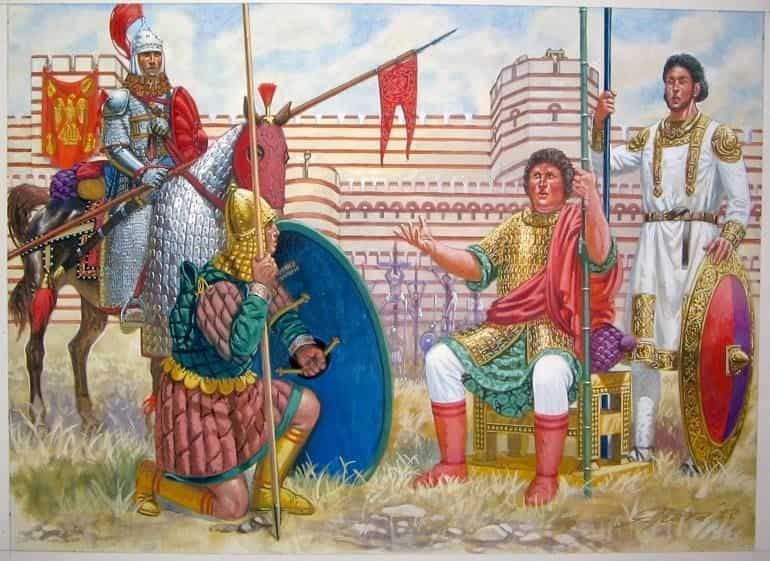 Perhaps no other epoch in history is so unique, extensive and yet, as much forgotten as that of the Byzantine Roman Empire.  From the founding of its new capitol in Constantinople, 330 AD to its final fall to the Ottoman invaders in 1453, over eleven hundred years of history has virtually been lost in most minds of the Western world.  Ironically, it is this exact history that has extensively shaped the Western cultures today, especially those of the Christian faith.

No event in Western history was probably more pivotal than that of the Christian conversion of the Roman emperor Constantine I.  Up to that time, Christians were heavily persecuted by many of the previous emperors and the religion was outlawed.  That would all change in 324 AD with a miraculous military victory and subsequent conversion to Christianity by Constantine I at the Milvian Bridge.  From this point on, Christianity became the official religion of the Empire.  A new capitol was established in Constantinople (present day Istanbul, Turkey) and power was fully transferred from Rome to Constantinople in 476 AD.  It was not the end of the Roman Empire but a continuation and fascinating transformation of Roman rule that would last for another one thousand years!

In the Byzantine Period, the Roman Empire and Christianity were completely interwoven.  It was the quintessential example of the UNION of church and state.  What was once the ancient world's greatest enemy of the faith,  overnight became its most devoted advocate.  The classic architecture, style of dress, and overall appearance of all that was "Old Rome" took on a new and intricate style that the world has never seen before or since.  This was not only attributed to the influence of the capitol's new geographic location, but also to the foremost prominence of Christianity in the Roman world.

A well-known remnant of the Byzantine Period is the stunning and unique art of the religious Icons.  This abstract spiritual style can be immediately recognized and is evident in not only paintings and mosaics but also the era's architecture and coins.  What was once thought of as crude numismatic issues are now appreciated as highly stylized symbols of the Romans' devout faith.

After the establishment of Constantinople as the new capitol and navel of the Roman world, the Empire continued for almost a millennium eventually bridging ancient and medieval history but not without its share of enemies.  Numerous challenges of foreign armies took its toll on defenses and finally, on May 29, 1453 AD, the Muslim Ottomans overran the crumbling city walls and the sun set forever on the greatest empire that the ancient world had ever known.