We have been extremely fortunate to secure a small collection of fossils formerly in the estate of a retired European expedition guide who had traveled to the South Central Sahara many decades ago.  In this collection were a variety of exceptionally rare fossil dinosaur and other reptile teeth including a few massive dermal armor scutes of Sarcosuchus imperator!  This superb specimen is from that collection and it is most certain we will never see such an opportunity again.  We fully cleaned all the vesicles in our lab to remove the silicified sand.  This is one of two of the largest and best armor plates of this small collection we acquired.  It would have come from an ENORMOUS full-grown Supercroc.  What is impressive is the sheer thickness of this specimen as well as the size of the vesicles compared to a normal size alligator or crocodile dermal armor scute.  Never again will we have a chance to offer such a rare and supreme example as this.  INTACT WITH NO REPAIR AND NO RESTORATION.  WITH OUR HIGHEST RECOMMENDATION!

FULLY CLEANED IN OUR LAB - FROM A MASSIVE DINOSAUR-EATING BEAST!  CHOICE PRESERVATION AND COMPLETENESS!!! 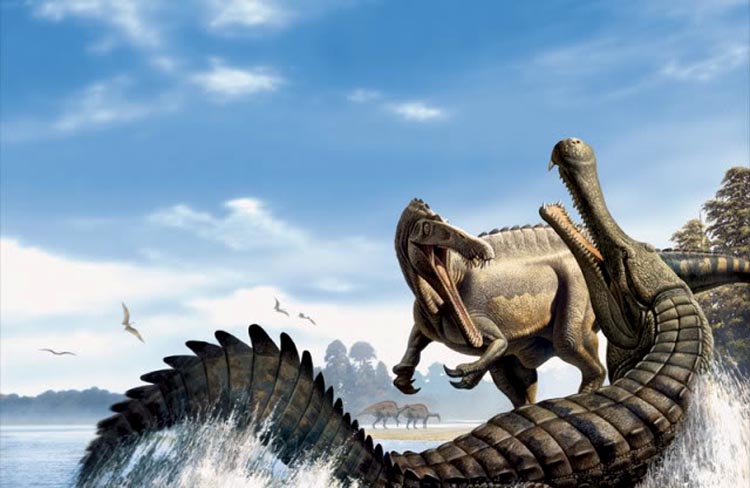 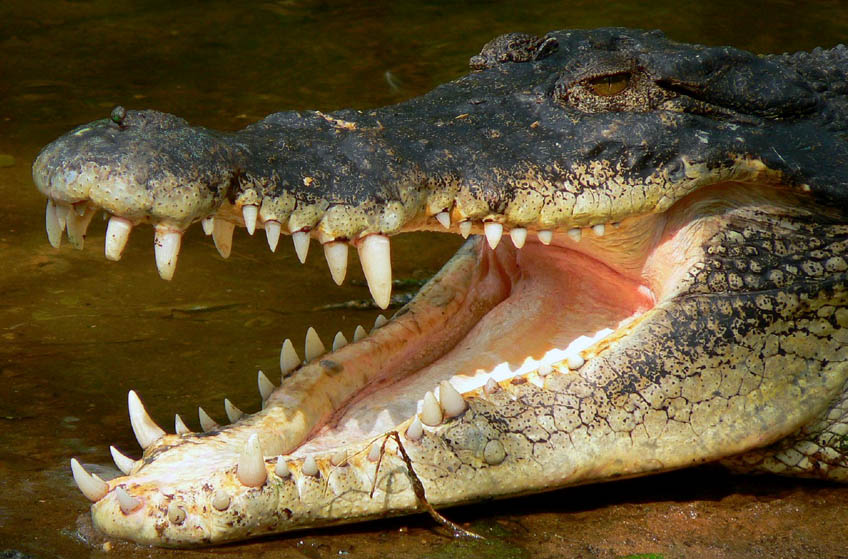 copyright paintings above by Todd Marshall, image by PaleoDirect.com, used with permission