This extremely rare set of ancient bronze phalera disks once served as the main decorations of an elite cavalry horse of the famous Sassanian cavalry.  The Sassanian Empire of ancient Persia was the nemesis of the early Roman Byzantine Empire for over 400 years!  Known as the Cataphracts, these were knights of the armored heavy cavalry, the most powerful and feared force in all the Sassanian army.  The horse trappings, armor and equipment used in the ancient Sassanian cavalry is well documented in everything from ancient art to architecture.  Military decorations like these not only displayed prestige and power to their brothers in arms, the highly decorated knights and cavalry mounts must have sent waves of fear into the enemy as a wall of shimmering iron and bronze bore down in thunderous charging assaults.

All four of these disks exhibit spectacular preservation despite their delicate nature.  They are made of sheet bronze, hammered and formed with their original strap attachments on the backsides still intact.  The minor loss to some of the edges is much less than would normally be expected considering their fragile nature.  The ancient patina is amazing, adding a stunning aesthetic to an already beautiful art object of ancient warfare.  This is the first time in the past several decades, that we have been fortunate to offer such rare pieces from the most elite fighting force of one of the most famous super-powers of the ancient world.  For the most advanced collectors, this is an offering not to miss!

This artifact has  been professionally cleaned and conserved in our lab, being treated with a special sealer developed and formulated by us specifically for ancient metal preservation.  The patina shows beautiful traits only found in authentic ancient weapons.  It is a patina like this that the finest ancient bronzes are prized for and it is a patina like this that brings a premium in price and value of the specimen.  There is no active bronze disease.  Bronze disease forms a corrosive powder that will literally eat away an artifact over time and destroy it.

WARNING:  There is a STAGGERING number of fake bronze objects on the market.  Many being sold as "authentic" were never meant to deceive and were made as far back as 100 years ago as exact reproductions for museums to sell in their gift shops.  Other examples are modern fabrications specifically intended to fool unwitting buyers.  As fine quality intact, original specimens become more scarce, the techniques to fake these objects have become highly advanced.  We have personally handled numerous well-done fakes with extremely convincing patinas.  The degree to which the fakers have been able to replicate patina to disguise their work requires an expert examination by highly experienced individuals.  It is common to find very reasonably priced weapons that are made up of part original and part modern components or wholly modern pieces displaying elaborate artificial patinas.  All purchases should include a written guarantee of authenticity from the seller, with unconditional and lifetime return policies regarding such guarantee, such as we provide.

The Sassanian Empire (also known as the Iranian Empire) was the last kingdom of the Persian Empire before the rise of Islam.  Named after the House of Sasan, it ruled from 224 to 651 AD.  The Sassanian Empire succeeded the Parthian Empire and was recognized as one of the leading super-powers of the ancient world.  For more than 400 years, the Sasanians were at fierce war with its nearby arch-rival, the Roman-Byzantine Empire.

The Sassanian Empire is considered to have been the peak of ancient Iranian civilization - one of Iran's most important and influential historical periods before the Muslim conquest and the Islamization of Iran.  Sassanian cultural influence extended far beyond the empire's geographic borders, reaching into Western Europe, Africa, China and India.  The Sasanians not only influenced both European and Asian medieval art, their works became the foundation for many aspects of the Islamic world that replaced it.  Its strong mark can be seen in most of the art, architecture and music of the early Muslim world.

The backbone of the Sasanian army was its heavy armored cavalry known as the Cataphracts.  This force was made of of warriors of noble bloodline, considered elite knights who underwent extensive mental and physical military training.  The Sasanian cavalry was the most influential element of its military with cavalry tactics that were so effective, they were later copied by the Romans, Arabs, and Turks.  Their weaponry, battle tactics, tamgas, medallions, court customs, and costumes even greatly influenced their Roman-Byzantine neighbors with whom they were constantly at war with. 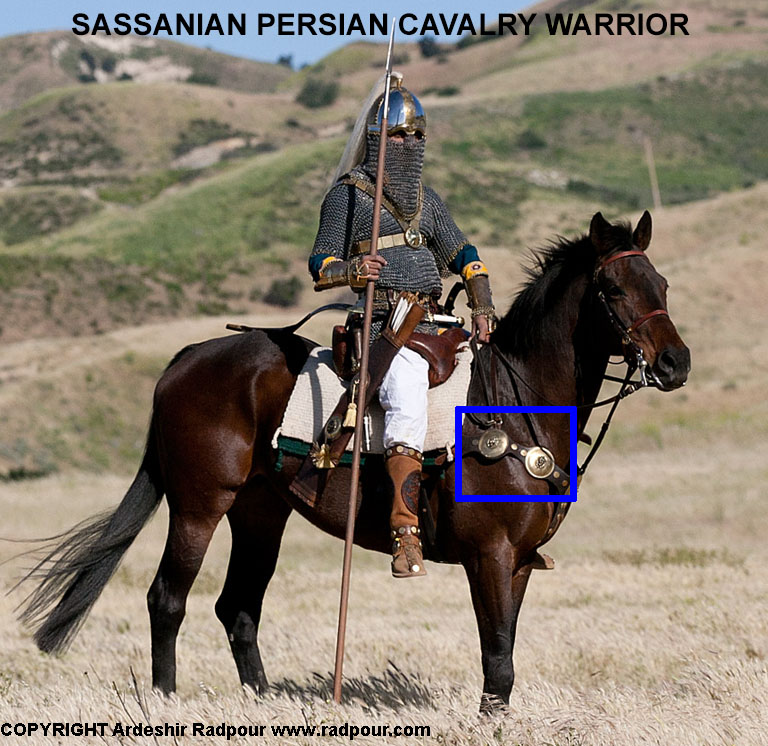 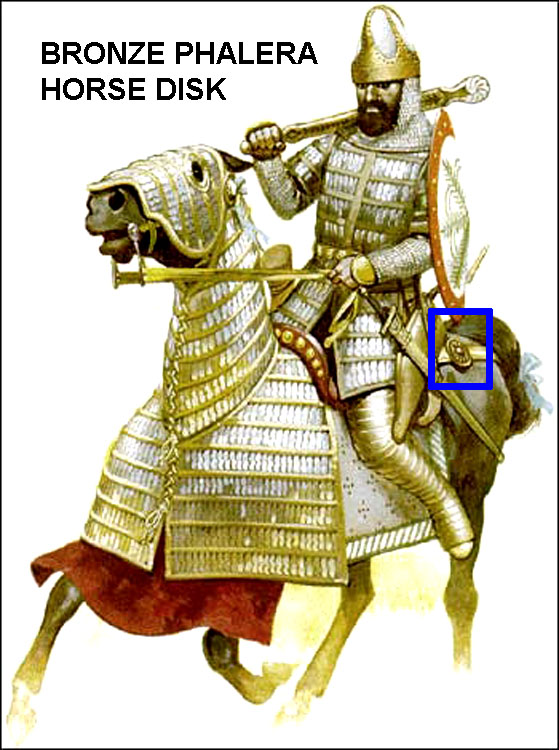